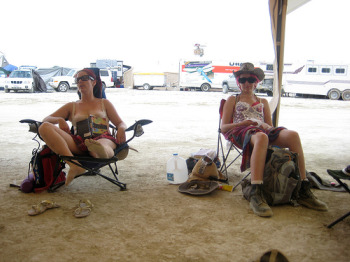 Summer is nearly upon us, which for many people means traveling to one or more summer festivals that spice up every calendar. Few events have as much of a cult following as the legendary Burning Man – and although it takes place in the northern Nevada desert, the airports in the San Francisco area are often used by people who travel to Burning Man each year. The Reno airport is closer, but San Francisco’s selection of airports are each bigger and have a wider selection of flights to choose from.

So if you’re one of the people who’ll be looking for flights to San Francisco in order to make your way to Burning Man, may we suggest that you extend your trip and stay in the city awhile? There’s plenty to see and do in San Francisco, and whether you explore the city before driving into the middle of the desert or use a few days in San Francisco to recuperate (and bathe) after Burning Man, it’s a great addition to any Burning Man trip.

And don’t worry too much about San Francisco breaking the bank – yes, it’ll be more expensive than your stay at Burning Man, because you probably won’t be sleeping in your car or a tent… But there are cheap San Francisco hotels and lots of great cheap hostels you can stay in. Grab enough Burning Man pals and you can share a room and save even more money.

Burning Man is big on self-expression and embracing life, and San Francisco has a long-standing reputation for doing the same. It’s definitely a change from the desert, but we think it’s a good point/counterpoint to your Burning man trip.