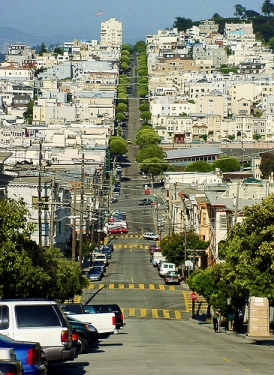 There are many reasons to visit San Francisco – the great weather, the architecture, the cultural and ethnic diversity – so we are sure we don’t need to write an entire article trying to convince you to come here. But we can surely entice you with some incredible deals on flights to San Francisco.

Flying before the holidays

With Thanksgiving a month away and Christmas almost knocking on our doors as well, the travel industry is trying its best to entice visitors to spend some money on vacations before the peak season. And what best way to do that than by offering incredible deals on flights and on hotels in San Francisco ?

This time of the year is low-season everywhere. The warmer states – such as California and Florida – do get visitors year round, but the prices are low now compared to the peak travel season. And although some states already see an improvement in room rates occupation over the past two months, the room rates are still low.

Since the cold weather has been pretty good at explaining that it’s going to stay until spring, many of those living in temperate climates look for a vacation somewhere warmer. And San Francisco surely is a good choice. Actually the entire state of California is.

You are probably thinking that if the fares are so low now, they won’t reach too high levels during the holidays either. To be honest, there’s some truth in that. Especially if you manage to get your hands on good deal for Thanksgiving or Christmas, you won’t be paying an arm and a leg for your flight (just from $80 for a one way flight San Diego to San Francisco on Nov 25). And with many families considering staycations (still), there are enough chances not to face large crowds either.

If you decide to fly into Los Angeles and then visit the other cities, you can still relay on flying vs driving. A one way ticket LAX to SFO also starts at $51. So regardless of which city you plan to visit first and regardless of your traveling plans between the three cities, flying won’t cost you more than $200 per person. Even if you adore driving, such low fares are good enough reasons to make you want to fly.

How about the hotel rates?