Making a Trip from San Francisco to Vancouver for the Olympics 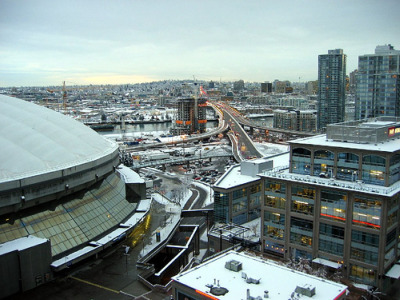 When an event comes around only every four years, like the World Cup or the Olympics, it’s something to pay attention to. And although you may not be trekking halfway across the world to see the World Cup in South Africa in 2010, the Olympics this year are much closer to home – in Vancouver, BC. Which means a short trip up from San Francisco to see some of the winter games isn’t out of the question.

Unfortunately, the best advice around for finding a good deal on a trip up to see the Olympics isn’t going to help you much now. Why? Because that advice is “plan ahead” – and with the games looming in about a month, there’s really no time left to plan ahead.

Still, there are fewer people traveling overall these days than there were for the last Olympics – especially after the Christmas air travel security scare, which made even more people wary of flying – so it’s not entirely impossible that there will be some last-minute deals to be had. After all, airlines and hotels would rather sell that seat or room at a reduced rate that have it sit empty for a night.

From San Francisco, if you’ve got a few friends and a hankering for a road trip, there’s no reason you can’t drive up to Vancouver for the Olympics. And since you’ll already be used to sharing a confined space with other people, you’ll be glad to know there are loads of great hostels in Vancouver to choose from. At this point, many of them (if not all of them) may be booked solid for the duration of the games, but there’s no harm in checking. If you don’t get lucky there, consider one of the many cheap hotels in Vancouver instead – again, with a few friends you can get a big room and split the costs.

Of course, after spending all that time together, you might want let your friends drive home and skip out on any more bonding time… In that case, these flights to the USA from Canada might be just what you need.