Oakland: Underrated but Not Unworthy 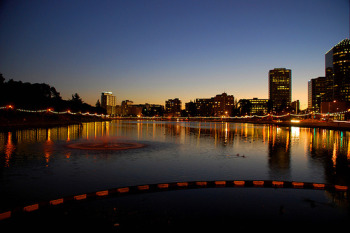 New York, San Francisco, Los Angeles, Chicago, Las Vegas, Miami…these cities are bight lights, beautiful beaches, towering buildings, high profile, high power. They are the places that everyone wants to visit, the cities that everyone loves. But what about those lesser-known, less-visited cities? The ones that may have been overlooked, dismissed as dirty, dangerous, or just plain boring? Places like Detroit, Birmingham, and Oakland? Well, we think they’re worth visiting too.

Oakland is one of these 9 underrated US cities that we think still hold something special for visitors. Yes, the city has a reputation for violence, but new residents, lured from San Francisco by the lower prices, have been helping the city move past its bad reputation into a vibrant, livable city. The Uptown District hosts a monthly Art Murmur gallery night on the first Friday of the month, while the newly renovated historic Fox Theater and Oakland Museum of California bring world-class visual and performing artists into Oakland.

With its proximity to San Francisco and Berkley, Oakland also makes a great base for visitors coming to San Francisco. Finding a cheap hotel in Oakland is much easier than in San Francisco, and though the Oakland airport is just a short drive from the city, flights to Oakland can be significantly cheaper than those to the San Francisco airport. Oakland may not top your list of places to visit, but if you’re looking to give some underrated cities some love, or just save money on your trip to San Francisco, it’s certainly worth exploring.