Support New Orleans with a Visit this Summer 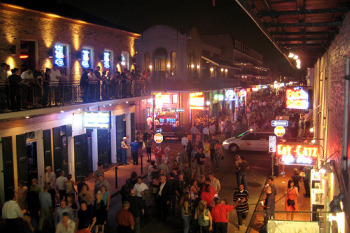 New Orleans just can’t catch a break. After the devastation of Hurricane Katrina five years ago, the city was beginning to come back. Tourists were rediscovering the city and residents were on a high after their team won the Super Bowl. But then oil disaster happened in the Gulf. On top of the horrifying effects the oil is having on local wildlife, it’s also expected to take a heavy economic toll, as would-be visitors to the region stay away in fear of a holiday ruined by oil.

If you were thinking about a trip to New Orleans this summer, consider keeping your plans. News out of the city is that it has so far been unaffected by the spill and that for now, the seafood is just as good and the city is just as eager to welcome visitors who’ve come to listen to jazz at Preservation Hall, indulge in local culinary specialties like po’boys and oysters, party on Bourbon Street, and live it up in the Big Easy.

Summer is off-season in New Orleans, thanks to hot, humid temperatures. The good news there is that flights to New Orleans are cheaper than they would be from February – April and in fall. Cheap New Orleans hotels will be offering even deeper discounts than normal, especially as visitor numbers continue to drop, and travel deals to New Orleans will be easy to find. New Orleans is already a budget travel destination, but in summer it gets even cheaper. You’ll save money, and help out the local economy, which relies heavily on tourist dollars. Plus, there’s so much to see and do in and around the city, making it a perfect destination for one of summers long weekend trips.